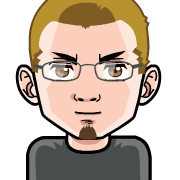 Adam started his adventure at the department of Electronics of Microsystems and Fotonics being a part of Wroclaw University of Technology in Poland. It granted him deep insight in all electronic processes: from manufacturing of semiconductors, through designing of analog and digital circuits, to bringing them to life with the developed code in C and VHDL. He learned the scent of silicon (and it smells like victory!), and since then embedded programming has been his passion. If it can be combined with a piece of math or DSP, it is even better! For fun he built a few printed circuit boards using a variety of microcontrollers and peripherals. The greatest one, containing analog, digital and mixed-signal components, power supply and FPGA, working together with DSP-based measurement system, gave him A+ score on Master of Science thesis.

He considered himself very lucky, when started to work for Nokia Siemens Networks on eNodeB implementation for LTE's physical channels. There he found a perfect opportunity to work on world-class technology with people who really knew their stuff. Developing signal processing for telecommunication in C++, writing tests in Matlab, supporting customer's requests. What's probably the most important, there he met people with whom he really wanted to work as a team.

But before that could have happened, there was another rewarding experience. Lead by the call of adventure and bid of self-development, he moved to Germany to work for a telecommunication giant developing their mobile LTE modem. Two ends of technology tie now. Here he worked with people across the globe on making things done whenever its needed. After proving himself, he had an opportunity to operate as a feature owner in physical layer. He prototyped, co-designed, planned, and executed, working on a cross-component solution that spans over the entire product, with a multi-site team located in different timezones.

Old friends also joined him on various levels of this adventure. They all have contributed, seen, experienced and learnt. And then, they all decided that they can do together - everything.

Now he is with them, and they are /dev.